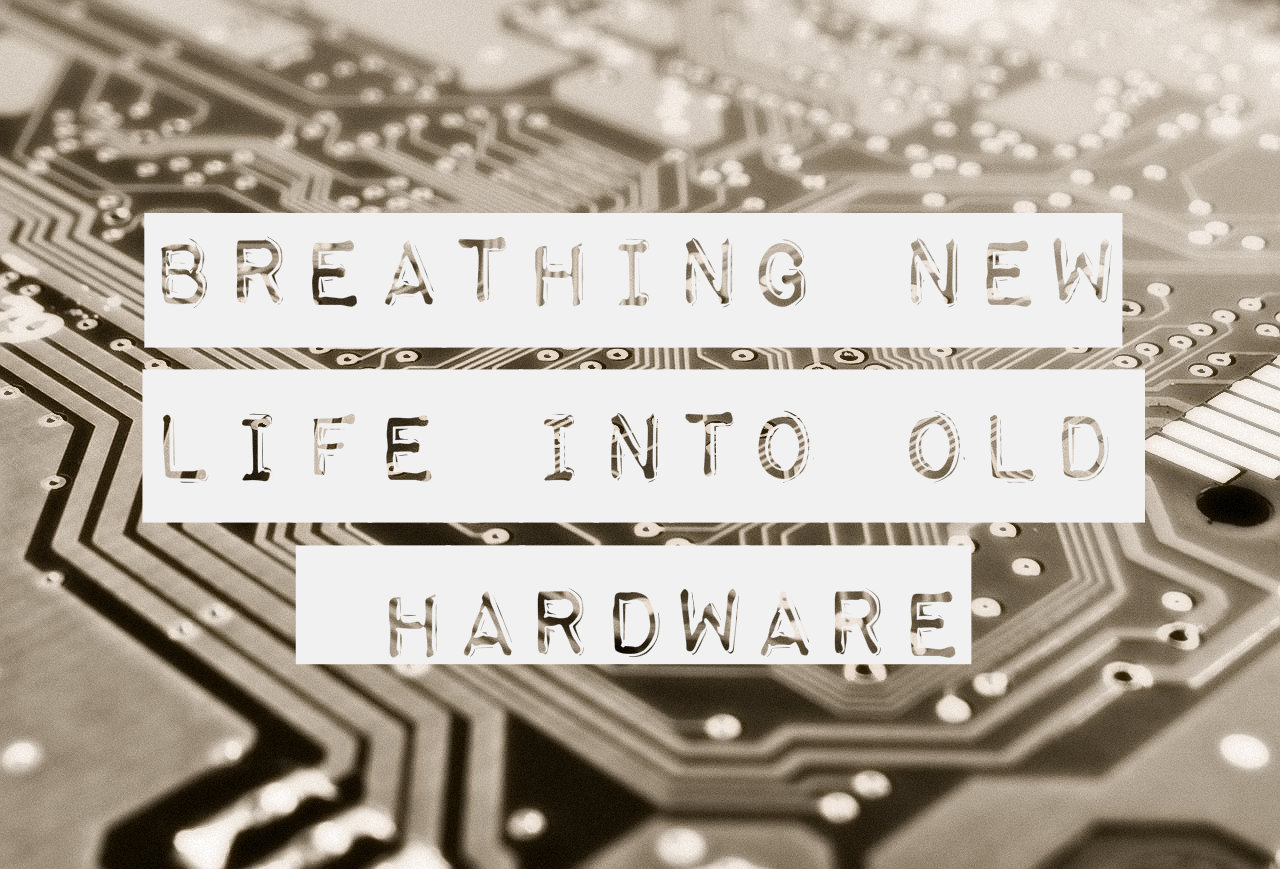 Today I’m going to look at how to fix a faulty motherboard with a new CMOS battery, and replacing a few capacitors. I’m also going to show how to incorporate older hardware parts into a “new” server setup.

Over the past 17 years or so, I’ve been getting more and more CPU’s, motherboards, harddrives and other computer hardware than I know what to do with. Of course, the best and latest stuff are already running on my work computer, and I have a nice guest computer as well.

Being mainly a developer blog, I thought it would be nice to get some content for my blog, and at the same time play around with older hardware, to see if there might be something to be said for it as server-side fun.

To start off with, I’ll list the parts I’ve scavenged from older setups, friends and family, and ebay.

These are the main parts that will run my server, which will run on a Debian Linux distribution, tasked with hosting mySQL, PHP, Apache and Perl.

I had to shop around online to find a store that could supply me with just the right model and make, and due to the difficulty for me in finding these batteries, I’ll post the link to the site so other people can hopefully fix their own laptop or desktop pc motherboards if they also have a faulty bios battery.

Besides the wait on my order, replacing the bios chip itself was no problem, and the old one came easily out of it’s socket, even though it had been in there for almost 10 years by my calculations. Once the new one was popped in, I could start into BIOS settings, and from there when I saved anything, it would remember it when I restarted the computer, or even turned it off completely: problem solved!

As some of you might be able to spot, there are a few faulty capacitors on this motherboard, similar to what I’ve experienced on my own. This proved little issue to fix, as they were a standard type that I happened to have in my toolkit already. Oddly, the problem was replacing the CMOS battery, or BIOS chip as they’re also called sometimes.

Once I got my motherboard updated with new battery and capacitors, for a total cost of $13 including shipping costs, I was ready to format the harddrive, partition it and install the operating system. As mentioned earlier, I chose Debian, but mainly because I’ve got some experience with running Raspbian systems, there are many Linux distributions out there for running quality servers, which you should do your own research on.

I tried switching out purelythemes.com for 24 hours, running exclusively on the old hardware,  which performed admirable, although 8 gigs of ram is not that much when the site at peak has 100 unique visitors checking out WordPress demo’s, placing orders and browsing the blog.

Now I’m back on professional hosting, but will always remember how easy it is to breathe new life into old hardware in the future, and once I move and get fiber internet, I might even consider hosting low-traffic sites on the existing setup, and possibly even this site if I were to upgrade the memory and add an SSD drive.

Hope you enjoyed the article, and as always feel free to leave a comment!

A Video Agency – What is it?

Dark mode is Not only the new trend, give your eyes a break

Woocommerce Subscription: THE Plugin You Need for Your Business

Why Australian Wine Has Become So Popular Around the World

The behaviour of the Early Childhood Education