Gary Vela, The Internet and The American Dream 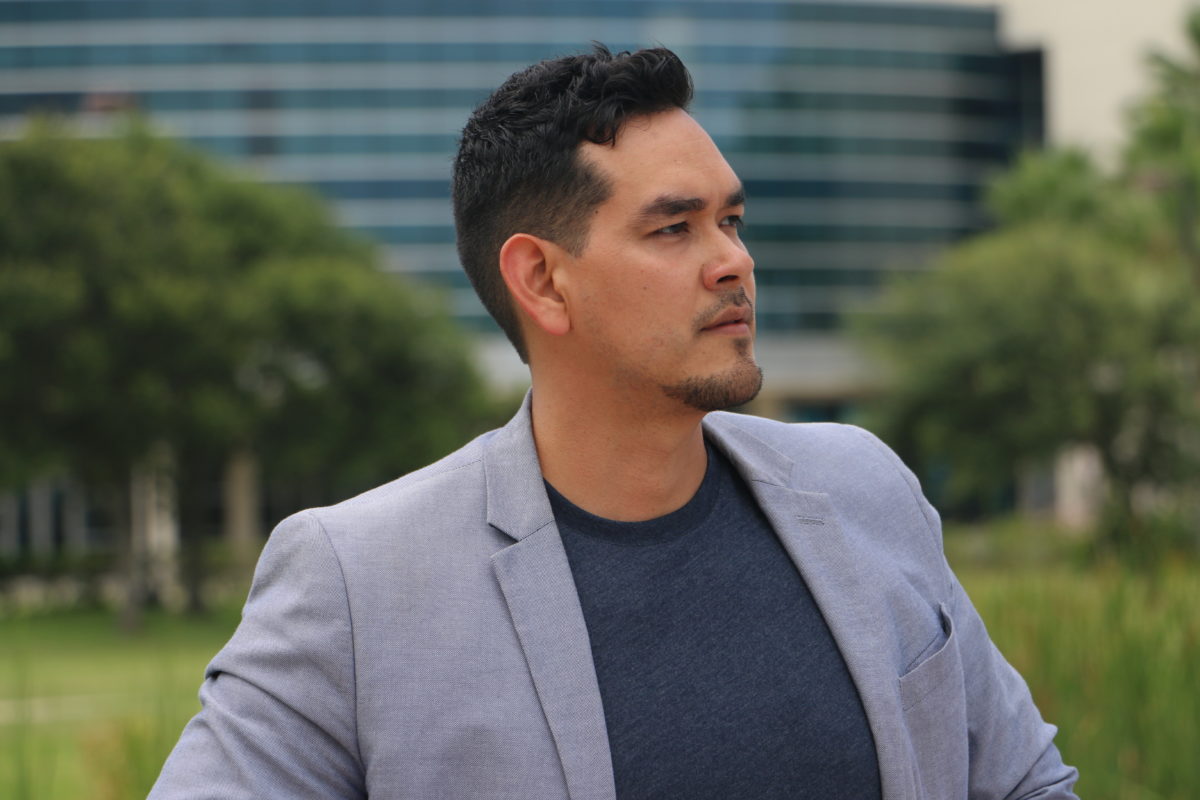 An ambitious digital marketing expert, operating out of Daytona Beach, Florida, he’s been in the industry for longer than most and his tenacity sets him apart in a rise-and-fall industry.

What has led to Vela’s success as an entrepreneur? He had a few thoughts on the matter, when I interviewed him for this article.

Despite his standing in the local (and international) business community, it’s the lessons he learned back home Vela keeps close while out in the business world.

The moral center of his upbringing was selflessness, learned at the knee of his blind grandfather and out fishing with his grandmother. “One piece of advice I always carry with me is my grandmother’s saying. ‘El comedido, come del escondido’, or ‘He (or she) who’s willing to lend a hand without expectations, will sit at the dinner table.’

When he’s not busy being a pillar in the Daytona Beach business community and various charitable organizations, Vela is also creating a charity for children living in the jungles of Peru. Its focus? Bringing computer information and English classes, two tools Vela based his early business development on, to a new generation of learners.

To entrepreneurs, he advises this: look for ways to get involved in philanthropy. The benefits of giving back as an entrepreneur include network building and developing your organizational creativity.

Vela’s upbringing in Pucallpa was picturesque. Days were spent deep in the rainforest, hunting, and fishing with his grandmother, playing soccer in bare feet and eating fresh mangos and homegrown rice and plantains.

Fishing, foraging and working in the jungles of Peru (a far shot from his comfortable Daytona Beach offices, now), Vela learned the value of working with and for your community.

“I used to sell bread when I was nine,” he reminisces. “For my neighbor. He made it and I’d pick it up on a cart every morning to sell it around the village. I was up at 4 AM every day, doing that.”

Cleaning rooves and doing yard work in the hot summer, Vela used his proceeds to help support his family. He sold rare insects, digging through old logs and putting them aside for a contact (and future business associate) he had who would come through from the USA and buy them from him.

Even at a young age, Vela’s ambition drove him. But he was frustrated, even then, by the lack of access to education in his village. It was at this time that missionaries from the Amazon Basin Benevolent Association in Peru picked up on Vela’s story and decided to lend a hand.

One year, 2500 miles and a significant culture shock later, a young Gary Vela arrived in America.

“I set my goals pretty early on,” he says. “One: learn English. Two: start college. Three: graduate. Four: start a company. I set my goal to start my own company so that, even if I were broke, I could always find a way to get up in the morning and find a way forward.”

Vela’s point is simple: many times, in business, having a plan with actual steps to it can make all the difference. Decide on a goal and break it down into achievable milestones, so you can continue to improve and offer your clients more.

Of course, nothing comes for free and Vela didn’t stop working just because he’d reached the United States. He mowed lawns, performed music for eager fans at nursing homes across the East Coast and worked to pay his way through university.

Later, after he graduated, he completed an optional training course, so he could get a job. His business contact from Peru (the one who bought the rare insects) offered him a job sweeping up sawdust in a woodshop. Vela worked that job and others like it, to help achieve his dream.

And while this approach may not work as well now, in a post-crash job market, the sentiment behind it still works. Vela didn’t “only” work hard in his spare time to make the magic happen and then stop once he’d gotten somewhere.

He kept working. He also gave up on opportunities for fun and traveling and spent time establishing himself, instead. And it wasn’t always only the “fun” Vela had to forego, either. “I missed out on a lot of opportunities to see my family, during this time,” he says, sadly. “My mom and brother…I didn’t see them for many years.”

Success demands sacrifice is the lesson here. Learn to balance your downtime with work and always ask yourself: “Is this time I could spend succeeding, instead of what I’m currently doing?” While some things may break your heart, now, your success will go a long way to consoling you.

Perhaps because of his electrifying bottom-to-the-top success story, Vela is a staunch believer in the law of attraction. Picturing what you want and using your focus to bring it into your life. It makes sense, given his unflinchingly positive approach to business.

“My advice, when you’re dealing with a disappointment, when something maybe hasn’t gone so well, just laugh at it. I do that. Always have.

You could choose to get angry or worked up over it. But, either way, happy or sad, eventually you’re going to have to snap back and get back to work, right? And, when that happens, do you want to be starting from a low place, or somewhere happier?”

His advice? Cut out the negative influences in your life. Stop seeing the friends who push fatty foods or alcohol on you. Quit the job you don’t like — if you’re afraid of the money you’ll lose by leaving, save up obsessively for a few months and then leave anyway.

There will always be reasons not to follow through on a project. It’s your job to work through them and focus on making your dreams a reality.

What’s the best advice you could get from a man who pulled up stakes, moved to the center of world industry and thrived as an entrepreneur?

To enjoy the work. Treat the business process like the adventure it is. There may be ups and downs, but as long as you’re doing what you can to maintain your momentum, you’ll be in business. “I still remember my first job selling bread. Or later on, at the age of 13, when I would harvest mangos to sell them at the markets. My biggest adventure at the time was going to a different city called Iquitos, where mangos do not grow. To get there took five days by boat. After my first trip, I was hooked on commerce. I had sold the entire crate of mangoes during the trip, by the time I got to the Iquitos port, I had sold them all.”

Remember: success is something you can control, so take chances and make the most of every business hour you get.

HOW TO IMPLEMENT PROPER SEO TO RANK IN 2019

Is Daniel Wellington already dominating the world of watches?

How will Internet of Things (IoT) change the work place?