Dark mode is Not only the new trend, give your eyes a break 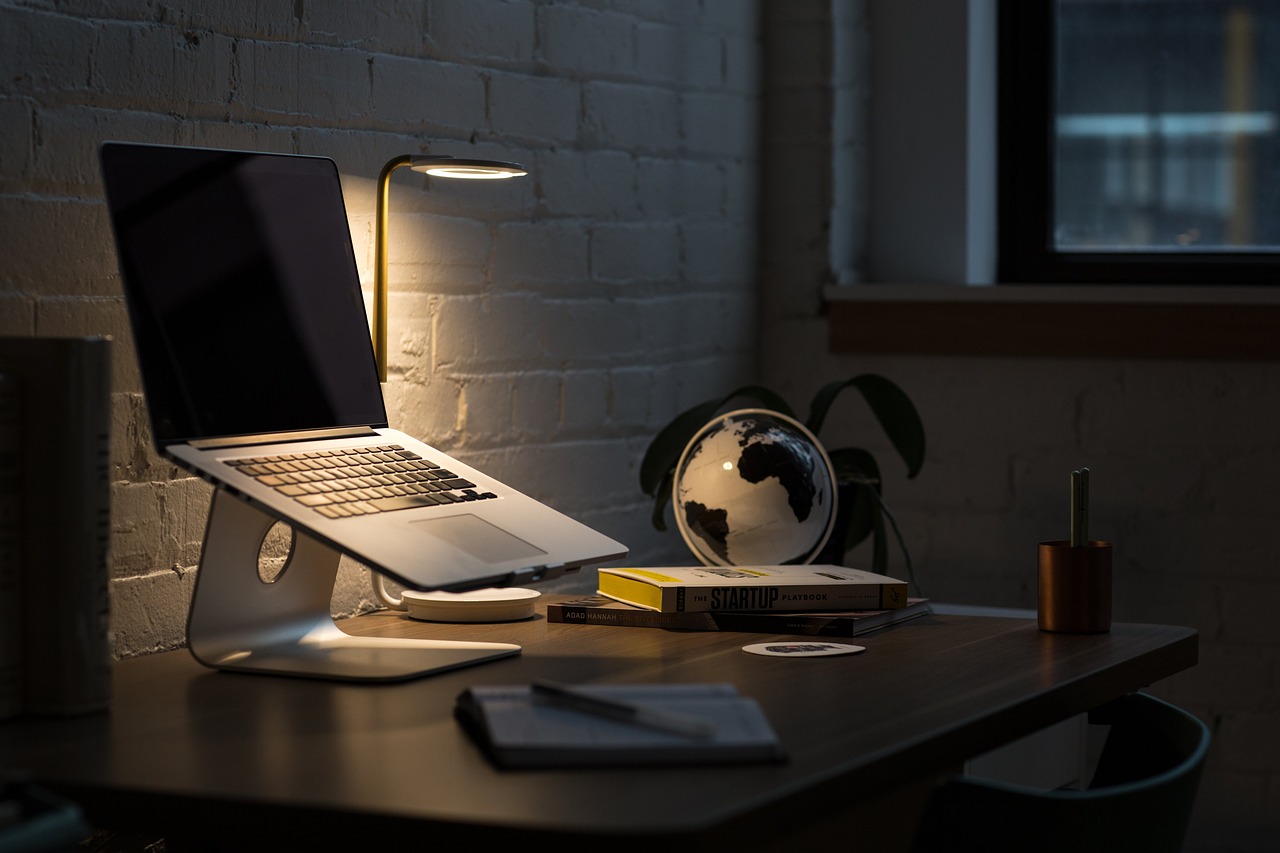 The dark mode feature suddenly came back with a loud bang as thousands of people are readily appreciating it. Ever since macOS & Windows presented their dark version themes, online communities fell in a frenzy quickly.

Later, both Chrome & Safari browsers came up with their own style with the dark mode. Chrome made it into an Automatic Dark mode feature while integrating with the OS. Safari didn’t do that. Instead, the latter happened to provide more user control over the dark mode.

But those were in the early days. Once every massive browser brought the prefers-color-scheme user-mode media query, people can happily customize their dark mode color preferences as they like.

Now that things are like this, we are in the middle of a bridge connecting people with light and dark modes. Although both sides are the winner, dark mode is gradually covering the whole ground. Soon, we will all have default dark modes in our daily devices. Today, we only got the latter to introduce you to.

Hence, this article will define dark mode and its aspects that general people have thought of. We will also carry out a survey record to solidify our reasoning. Let’s get started!

What is the dark mode?

The dark mode is a user interface with a darker background color instead of white. We are already familiar with the white screen UI for decades. The dark mode is the opposite where the whites of the screen turn into shades of gray or completely black. All colors are dimmed as well as the screen becomes a low-light display when the dark mode is active.

The dark mode is actually divided into two parts, the all-black & shades of gray. Most browsers use shades of gray as their default home screen like Chrome. All-black color mode is vastly used in mobile devices where the light intensity of the screen is significantly higher than PC.

This interface was well-known to the developers back in the 90s’ but a trend in 2021. Due to the sudden tech explosion in 2020, more people got smart devices into their hands. Since our eyes are sensitive to lights, dark mode became the next famous thing that can reduce the pressure on the eyes by a large amount.

That’s all for the intro. Now, let’s see what this brilliant feature has to offer to our community.

There are lots of advantages of having the dark mode on your smart device. All the reasons are practical and have a significant impact on results. Let’s see them, shall we?

Staring at the device for a long time develops a sore feeling in your eyes. This was not supposed to happen. But due to the constant radiation from the bright display, the moisture in your eyes dries up quickly, leaving a sour feeling and burning sensation.

A dark mode interface can significantly lower the screen radiation through the bright lights. Thus, you won’t have to feel eye strain from the long use of the device.

It often happens when you suddenly get the urge to look at the phone clock at midnight. But as soon as you turn on the display, you will see nothing but feel a pain in your eyes. Because the sudden burst of light can cause temporary blindness and headaches, long-term usage may become a serious problem later.

Dark mode makes it easier to view the display while keeping the lights to a minimum so you won’t hurt your eyes suddenly.

Let’s leave the benefits aside, who doesn’t love a dark theme on their display? Many people loved dark mode due to the emotional reasons behind its mystic look and charming dark interface. Dark themes can spread positive energy while calming people’s minds. That’s why Amazon has a dark interface and the most number of sales.

It’s tested that dark mode can reduce the battery consumption of a device (with OLED screen) by up to 50%. The value differs for various devices, but the fact is true. Fewer lights mean more battery power in the tank.

Most of the promotional campaigns had a white background since the year 1800. Big banners and flyers were in multiple colors, with a big portion painted in white. But that only worked on the roads & walls. In digital devices, ads can be boring with all whites and no twists. Later, the marketing community found out that the black color is perfect for a broad number of advertisements.

They call it “Dark Impression” and derived a bunch of attributes that the dark mode provides in the advertisements. They are-

Reading black texts in white background is very difficult for many people. It’s a tiring thing to do as your pupil often dilated due to the lights and loses focus. Ambient dark color background can keep the never-wreaking stress off your eyeballs, make them relief and comfortable to read. In a word, the dark mode has better readability in smart devices.

Many people are easily stressed in white surroundings and especially in broad spaces. This problem is addressed as agoraphobia. Using a dark color interface has a positive impact on these people who have been stressed in bright lights. So, the dark mode can be a solution to emotional problems for a certain category of men & women.

The dark mode is not just a trend. Nowadays, it deserves millions of users who have a bright light issue on their eyes. It’s so much popular that major websites, social platforms made it accessible for the users.

Apple first launched the dark mode theme in September 2019 with their iOS 13. The new black theme made people go crazy as it was the best theme Apple came up with. It made the whole iPhone display turn black, including all apps and features. This color inversion made the display easier to look into at night.

Later, iPhone 11 had a natural dark mode feature that automatically replaces colors with a dark theme. This little change made a phenomenal impact on the users as they can more relate to the dark mode than ever.

Even Facebook officially launched its very own dark mode version in October 2020. Facebook emphasized that they made this feature different from others, where the dark mode doesn’t support OS color preferences. Instead, the user could enjoy the freedom of switching between the light theme & dark theme without the system forcing them. Also, Facebook’s dark mode inverts background color from white to dark, as well as enhances the pictures to match the dark theme brightness. Awesome!

Twitter also came up with the dark mode theme at the same time Facebook did. Here, the dark mode gets more intense as twitter made their dark interface sharper, less contrast, less text size. Twitter’s overall dark mode is good for the colors, but less easy to read. We have news that Twitter will improve its dark mode compatibility. Let’s wait for that.

We Made Dark Mode For WordPress

As many top platforms are bringing the dark mode feature for their users, we at WordPress didn’t just sit and watch. 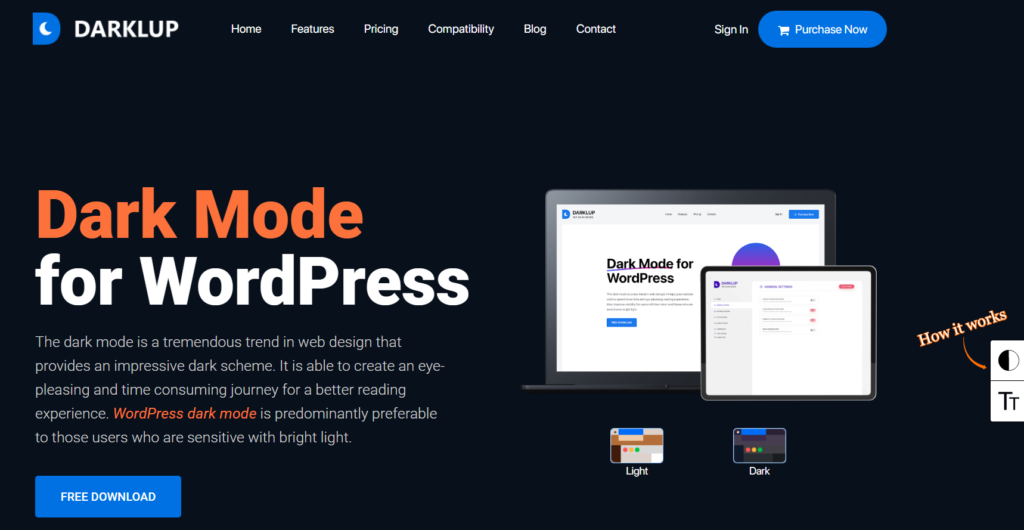 Instead, we made a versatile WordPress dark mode plugin named Darklup that uses both the user’s input and OS color preferences. Darklup integrates with WordPress and provides a massive number of features while keeping the control panel well-organized.

This plugin supports both frontend and backend dark mode, which is great, because most admin couldn’t possibly enjoy dark mode in the site’s background. Moreover, you can let users trigger the dark theme by providing a floating switch on the page.

Amazingly, Darklup has an OS color preference function integrated, which makes it switch between light mode & dark mode as the OS does so. It’s tested and the results are so accurate!

Features That Will Blow Your Mind

While these are only 2/3rd of the features provided by Darklup, it’s still enough considering what you get for the dark mode in other platforms and browsers.

Not only that, you can build your own color pallets and use them whenever you need with Darklup. With the Custom CSS option, even the developers won’t feel abandoned, as they can do whatever they want.

Darklup has two versions, one is free and the other one is premium. Get your favorite package and rock your dark theme on WordPress.

While the dark mode trend is going in full swing, the number of people supporting this feature is hard to determine. Well, why wouldn’t it? People are using the light mode for 2 decades now and the sudden turn of events makes them think hard before choosing.

In our case, we took a huge risk, as we didn’t know how many people are going to appreciate Darklup dark mode plugin. This became a gamble where you can’t accurately study the market for the product you are developing.

But that was in the past. With recent surveys from lots of platforms, it’s determined that many people are rooting for the dark mode. Slowly but steadily, the number of people supporting it is getting bigger and bigger. Soon, we will have more than 90% of the netizens using dark mode frequently.

We are not talking without facts, but actual results generated from real-time surveys. We got our lead from the Code Project website, who happened to run a survey on the dark mode between 26th July & 2nd August in 2021.

Let’s have a look at the survey. 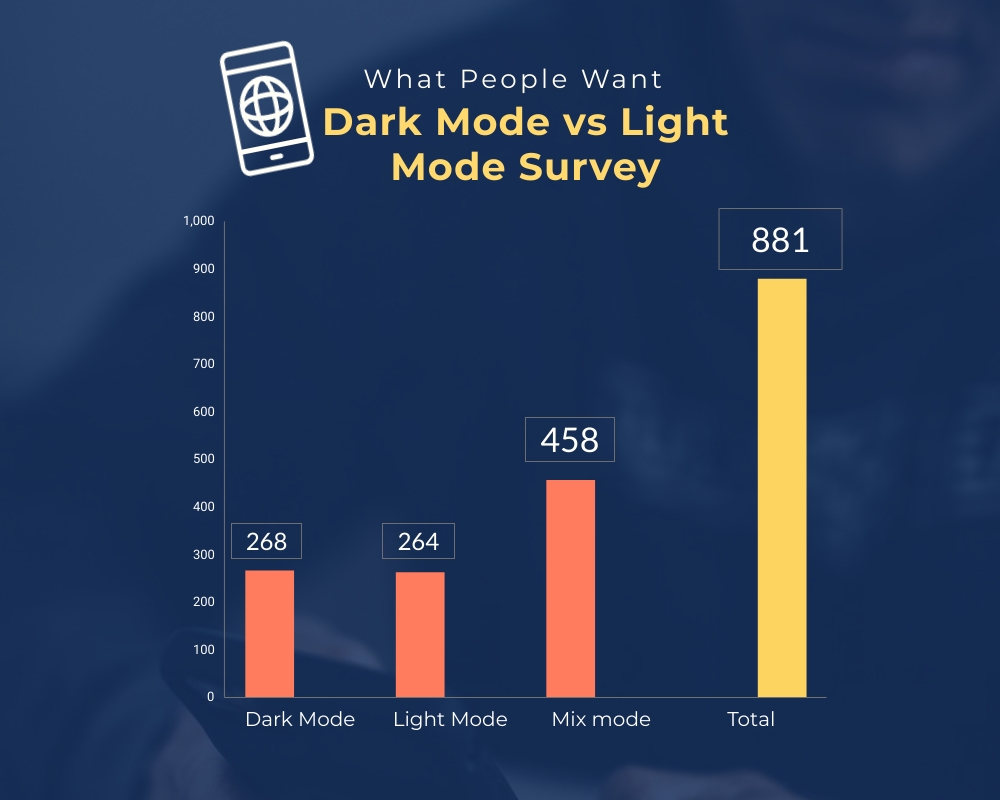 We kept looking at those numbers before we realized that the dark mode trend has been a successful movement that drove people’s hunger towards it. And why won’t it happen? This feature comes with a lot of benefits that really helped.

One thing we got clearly out of this survey, people want natural dark mode, not color inversion. The reason is, inverted color often distorts the graphic as well as other colors. More often, the images look horrible in the inverted version of a site. 881 out 881 people agreed to have a non-inverted dark mode that doesn’t ripple with other colors or images.

It’s relaxing that Darklup doesn’t invert the background colors. Instead, it uses pre-determined color schemes to completely replace the whites with black, leaving not a single inverted dot. We have tested it thousands of times before confirming it. So, your best dark mode plugin is also your favorite!

Be it day or be it night, let the dark mode fight the screen lights!

There you go, enjoy the tremendous momentum of the new dark mode trend that won’t be dying down so soon. Life is now easier while your eyes get the most of it. If you feel stress while keeping your head straight at the monitor, just turn on the dark mode switch and relax.

That’s all it for today. Hope you have learned something valuable. See ya!

How Optimizing Google My Business Can Improve Your Local SEO

What are the minimum specifications for a Spy camera?